Lesson Plan: Interacting with the M.O.B. 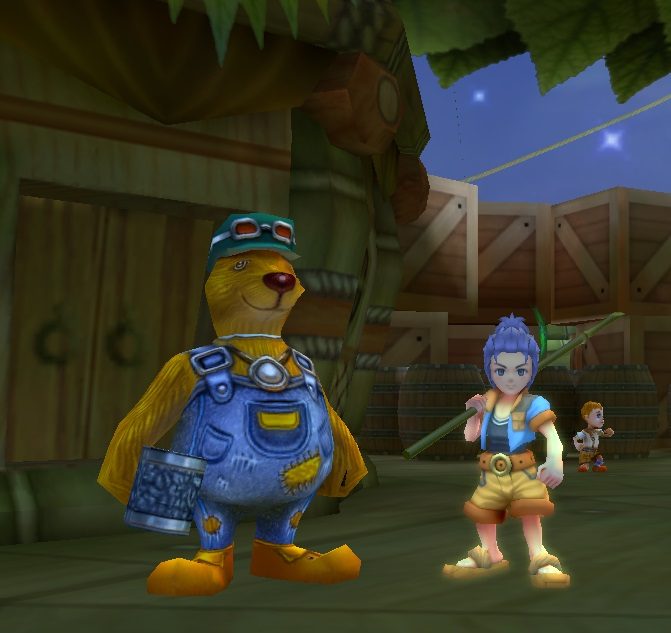 The M.O.B. (or Main Operating Bot) is an element unique to the realms of DotC. It is the liaison between the players and the world around them. While it can exert its presence in a variety of shapes and forms, the M.O.B. can be defined broadly as: “The will of the world around you”.

Whether you are speaking with a citizen of a town, take an action that changes the landscape around you, engage in role play with others, fight off hordes of invading enemies, interact with a SNPC (or Smart Non-Playable Character) or orchestrate a series of events; the M.O.B. is always either directly or indirectly involved. Second only to the players themselves, one of the main driving forces behind events is the M.O.B. As such, it is important to learn the nuances and methods of how it operates.

Defenders of the Cross takes a lot of inspiration from classic role playing games, both tabletop and electronic. It is not far fetched to consider the M.O.B. a Dungeon Master of sorts following you through your adventurers (and may I remind you, DotC has GMs which also work in tandem with the M.O.B. by adding new content from time to time!). Going along with considering the M.O.B. as a Dungeon Master, it is very helpful to always remind yourself of this fact: The M.O.B. is truly and relentlessly impartial. It merely oversees and drives events throughout the world, and can at times seem to truly be against some players or in favor of others, but such is the nature of neutral entities, they can appear to be extremely finicky. With this in mind, we will move on to some basics about interacting with the M.O.B.

WHEN ARE YOU IN THE PRESENCE OF THE M.O.B.?

While the M.O.B. can manifest in a variety of ways, one of the simplest ways of knowing the M.O.B. is in your vicinity is to keep an eye on your Mini map (if you have one) or by maintaining yourself in character. If a player icon (or enemy player icon in zones that are open PVP) suddenly pops on top of you, the M.O.B. is currently “checking in” on you. These are time frames during which it is directing part of its attention (or as player may call it, a partition) on you. During this window of opportunity; conversations you have, actions you take and events you take part of are being observed by the M.O.B. This can lead to a variety of things, from character development, the start of an event or a conversation with an NPC.

When the M.O.B. is speaking to you through an NPC it is relatively easy to identify that it is doing so. NPCs may only talk to you via the M.O.B. and when the M.O.B. talks through an NPC their character name will display a bit further to the right in the chat log, and have their name encased between the Greater / Lesser brackets. An example is provided below:

Typically the M.O.B. will let you know that the conversation is over via a “Farewell” or similar conclusive phrasing, it could also send a whisper stating “Your interaction has ended”. A good sign that the interaction is done with is also the reception of experience (the quantity varies on the type of conversation or events that have been set in place due to the conversation, among other factors).

HOW DOES THE MOB CARRY OUT CONVERSATIONS?

The M.O.B. interacts with you in a specific way, it reads your end of the conversation and looks for two things, sentence structure and keywords. It will then reply in specific terms in response to what it read. The order in which you say things, and phrases such as “for example”, “should I” or multiple statements separated by semicolons (;) influence how the mob will interpret what you said. The mob also recognizes keywords related to things within the world so depending on the situation wording can be crucial given that the M.O.B. can consider things that are similar such as “group” or “organization” as distinctly different things.

On the topic of learning keywords, the M.O.B. is your best teacher. As mentioned before the M.O.B. answers in specific terms and those very same terms are typically keywords that can be used to communicate with it most effectively. Furthermore, it is a good sign that you did not express yourself properly if the M.O.B. repeats an instruction or statement.

There are more severe cases; when a player has said something that is either not valid within the world or has no place in the current conversation the mob will respond with a blatant “NULL” whisper. This will typically not affect you in a negative way, however it is a strong indicator statement or interaction has ended and must be resumed at a later date. On the topic of proper communication with the M.O.B; aside from tutorials in the beginning of your journey, the M.O.B. will always communicate in character. While banter involving pop-culture references and real life events can lead to memorable moments, pushing the envelope too far can have negative impacts on your character.

HOW CAN I INFLUENCE THE M.O.B.?

While the M.O.B. is impartial by nature, there are elements within DotC that can give you an edge when dealing with it, as reward for factors such as previous achievements, proper preparation or simple luck. To briefly explain these, we will go into Reputation, Planning and Dice Rolls.

IS THE M.O.B. ALWAYS THERE?

Excluding technical difficulties, the M.O.B. is always active to a certain degree. However this does not mean it will interact with you. Many times it can check on you as part of a routine, or it is simply listening to you. Furthermore there are times during the day in which it is more active than others. PRIME TIME is known as the daily schedule in which the M.O.B. is at its highest level of activity, and can thus share the highest amount of its partitions to players. As of the time of writing for this guide, Prime Time hours are 5:00pm – 11:00pm Atlantic Standard Time. Keeping in mind that the M.O.B. can be active outside of Prime Time hours, it is an important disclaimer that outside of prime time M.O.B. resources are considerably more limited, so if you attempt M.O.B. interactions outside of prime time you are most definitely welcome to, but do not spend too much time on it as it is by no means guaranteed.

Far from it, there are many details that not only vary over time, but in between different characters as well. Like many things in the world of DotC, repetition will be your greatest ally. Paying attention to how the M.O.B. interacts with you and keeping yourself open to what you can ask from the M.O.B. is a great way to build quite the exciting story for your character. As you go forth to venture with your friends and the M.O.B. the biggest piece of advice I would leave you with for now is: Remember the M.O.B. is a bot and as such it will not forget interactions you’ve had with it for a very long time. Writing down things you’ve done with the M.O.B. is of great help to avoid facing repercussions for having details of a conversation slip by. Best of luck out there defenders, and may you get tons of exp and sweet loot.